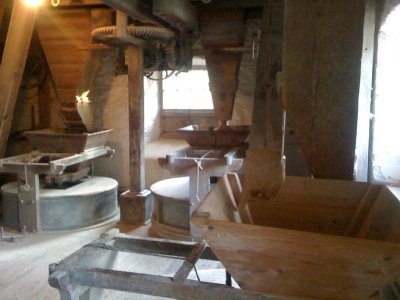 Driven by water from the Big Burn and using only the finest natural ingredients, Golspie Mill has been making a high quality range of flours and meals since being fully restored in 1992. Many of our delicious and wholesome products are organic; all of them are entirely free from additives and made with pure, milled whole grains and pulses. We grind and pack to order, ensuring a fresh and healthy product. Among our specialities are peasemeal and beremeal, which are low in gluten and suitable for special diets. Golspie Mill flours and meals can be found in good food outlets all over Scotland. Our Mail Order service can help if there is no stockist near you. 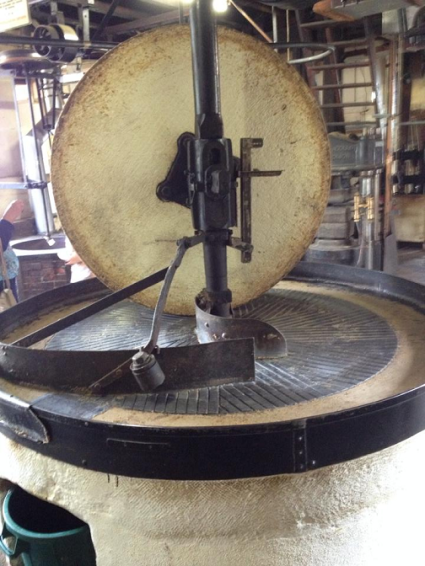 Directions: Head north out of Golspie on the A9, pass the Golspie Inn on your left, and turn left just before the speed de-restriction sign, down the lane to the mill. See map: Google Maps

‘Beremeal’, Fergus Morrison told me, ‘is neolithic barley from Mesopotamia. And if you think we can trace farming back 6.000 years that’s how long it has been around’. Beremeal (pronounced bearmeal) has a reputation for its earthy taste and as Fergus says, ‘it’s much better than ordinary barley and far less bland’. It was widely grown in Scotland and used for bere bannocks until about the mid 19th century when ‘it started to fade out’, although it still remains popular in Orkney. In fact before wheat was grown, barley was one of the main bread flours in Europe. Fergus has beremeal grown under contract in Caithness, ‘As it’s genetically pure, it behaves like wild grass. We use untreated seed, never spray the grain. It grows quickly and just bosses out the weed’. After harvesting, it has to be dried in the mill’s kiln fired by the chaff from the previous load; the moisture content is taken down to around 8% for a ‘nutty, smokey taste’ It then is ground between three pairs of stones driven by water. The first set removes the awn or ‘spikey bit’ and the grain is cleaned and aspirated; then it is coarsely ground, and finally ground to a fine consistency by the last set of stones, then bagged into 11/2 kg packs. Baking with it is very easy; traditionally beremeal bannocks were made with heated milk or soured milk and a little fat but no yeast. The beremeal was stirred in until it makes a stiff but pliable dough, then it was baked on a griddle or baking stone for a dinstinctive, richly nutty and earthy bread. Fergus also buys in Lincolnshire peas from down South, roasts, grinds them for peasemeal and packs it into 650 g tubs. It can be used for brose, thickening soups or even in breads.
No Shop. 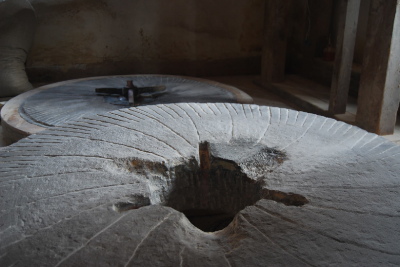