In this section you’ll find items of news about mills and associated events that might be of general interest. If you have a news story about mills that you think would be of interest please let us know.

Tuxford Mill gets a mention in this fascinating article. A pity, though, that TCMG does not get a mention, and that the traditional milling process is not described more fully and accurately.

There is a dedicated page on this website with more information, via this link.

There’s a film about milling using a vertical mill at Avoncroft Museum, made by George Watkins, a young film-maker from Worcestershire. There are links on YouTube to other films about milling (usually not very traditional though!).

Wouter Pfeiffer, our Dutch miller friend,  highlights the potentially damaging effect of a proposed EU directive intended to protect the free movement of fish. One unintended consequence is the unnecessary removal of weirs, which, if they are part of the water supply to a nearby mill, renders the mill inoperable as it removes the source of power. There are literally “ways round” this, eg fish ladders, and, as has been pointed out, mills and fish have co-existed happily for hundreds of years, so why change a system that is working ?

If you have direct positive or negative experience of the impact of this directive on your mill or a mill that you know about please let us know, so that we can send on to Wouter.

Issues of E-News  can be downloaded by clicking on one of the following links:

THE GREAT BRITISH MILL RACE: HOW YOU CAN HELP US DOCUMENT THE MILLS OF THE UK

The Mills Archive host a huge database of 10,000+ mills all over the UK.  This includes all the mills in the UK that we know of, with each mill having an individual profile page.  As you can imagine – keeping this information up to date, adding new mills and new images of mills is an enormous challenge!

This is where we need your help.

Members of the public will be encouraged to upload photographs and comments to a web form hosted on our website, relating to mills they have seen or visited all over the UK.  This information will be used to update and improve our existing Mills Index of over 10,000 mills.

Check this link to read the interview with Alisa:

Your members also might like to know that I have written a book about our wonderful Dutch windmill here in our Holland. I just received a State History Award for it. The title is De Zwaan: The True Story of America’s Authentic Dutch Windmill. It is available through Amazon, Barnes & Noble, and also the publisher’s website of www.in-deptheditions.com.

Alisa Crawford, De Zwaan’s miller—and the only Dutch certified miller in the United States—shares a fascinating look at the story of this historic structure as well as other American- and Dutch-built windmills. Through years of research and interviews with people connected to De Zwaan, she reveals the true origins of its construction, the damage it sustained in World War II, its journey to America, its resurrection as a working mill, its rise as a premier Midwestern attraction, and even the effect its relocation had on the village of Vinkel. Members also might like to know that I have written a book about our wonderful Dutch windmill here in our Holland. I just received a State History Award for it. The title is De Zwaan: The True Story of America’s Authentic Dutch Windmill. It is available through Amazon, Barnes & Noble, and also the publisher’s website of www.in-deptheditions.com.
By Alisa Crawford   (About Crawford)

America’s only authentic operational Dutch windmill, De Zwaan serves as Holland, Michigan’s iconic connection to the community’s roots. Believed to have been built in 1761, then moved to the village of Vinkel in North Brabant, The Netherlands, where it produced flour for eighty years, the windmill was dismantled, shipped to the United States, and reassembled in 1964. For more than a half-century, “The Swan” (the translation of De Zwaan) has drawn visitors from all over the world.

Delivering the only complete story of this working mill and an extraordinary collection of images spanning its life in the Netherlands and America, this book is a collector edition to commemorate De Zwaan’s productive and lengthy career and the City of Holland’s commitment to this significant monument of living history. 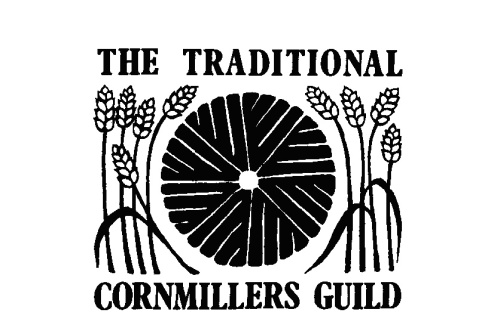